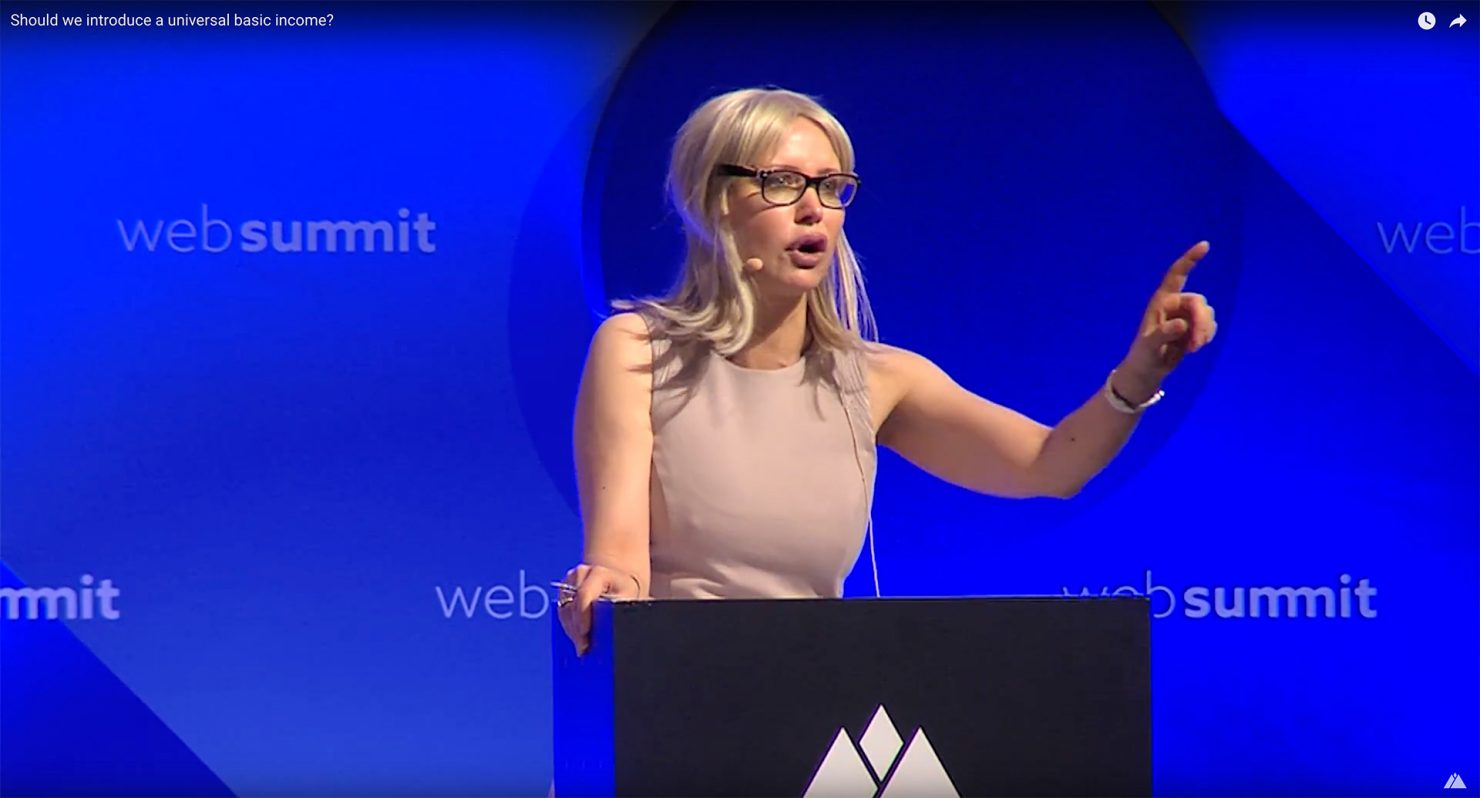 I was an invited speaker to the 2017 Web Summit, the “largest technology conference in the world,” at which she debated Francisco Louçã (Professor of Economics, University of Lisbon) on the question “Should we introduce a universal basic income?”

The debate was open to the public and attended by a live audience of about 800 people.