Speaking at the Robot Stage at Web Summit (2017): source

I have been contracted by the World Health Organisation(WHO), the public health agency of the United Nations, to advise in its work on the European Health Equity Status Report(HESR). WHO plans to publish the HESR every four years as an instrument in advancing the UN’s 2030 Agenda for Sustainable Development, with the first report expected in late 2018. The report will examine the impact of public policy on health equity, and consider this issue in the context of sustainable and inclusive growth.

To this end, I have participated as an expert advisor during meetings of the Strategic Advisory Group of Experts(SAGE) held in UN City in Copenhagen, Denmark, 24-26 April 2018, and 6-8 November 2018.

I also spoke at the 2017 European Health Forum in Gastein(EHFG), Austria, arguing in support of basic income as a democratic response to the inefficacy and dysfunctionality of present systems of welfare. The EHFG was convened to investigate approaches to the UN’s goal of improving health and wellbeing for all globally, and the HESR initiative was in part an outgrowth of this forum.

My presentation at EHFG helped to initiate discussion and debate about basic income among members of WHO, and led to an invitation to serve as an expert advisor to WHO’s European Health Equity Status Report initiative.

During 2018 and 2019 I prepared a report jointly with a colleague (Barbara Rohregger) on the role of UBI policies in tackling health inequalities under the auspices of the European office of the WHO - WHO Venice Office for Investments for Health and Development. This report titled ‘UBI Policies and their Potential for Addressing Health Inequities’ is published as the first in a WHO series titled Transformative Approaches to have a Prosperous Life - WHO Policy Paper Series.

This work culminated in my involvement in strategic engagements within the newly formed Department for Social Determinants of Health, WHO headquarters Geneva, including https://www.who.int/social_determinants/strategic-meeting/en/. Other engagements with global organisations, including the UNDP in 2020 are listed under TALKS.

I serve as a policy consultant to the Danish political party The Alternative(Danish: Alternativet), where I have influenced the party’s decision to adoptbasic income as a party policy.

In December 2016, I met with two MPs of The Alternative at the Danish Parliament to explain and advise on basic income as a potential party policy.

In May 2017, I delivered a keynote address to the leadership and 300 delegates of the party at its annual convention in Odense, where I also helped to facilitate a political laboratoryon basic income. The vote to endorse the policy, and work towards an official programme, occurred at the end of this convention.

At present, I am advising the part in its work in building a legislative programme around the basic income.

Based in Guernsey, the Dandelion Foundationaspires to make this small island nation (population 63,000) into “the best place to live on earth.” As part of this ambition, the foundation wants to boost Guernsey’s life expectancy, and hopes to transform the island into the first country to boast a population life expectancy over 100.

The Dandelion Foundation launched the latter project on 30 June 2017 with its Journey to 100 conference (organized in conjunction with Evolution of Medicine founder James Maskell).

I was invited as a keynote speaker at the conference, where I discussed basic income as a means to rethink and change institutional governance (video).

Funded by the Europe for Citizens Programme of the European Union, the CO-ACTE Projectwas launched to “create a citizen movement to formalize public policies proposals incentivising co-responsibility for the well-being of all in Europe without any discrimination or exclusion” (“CO-ACTE” comes from the title “Co-responsibility Associating the Citizens of Territories in Europe”). CO-ACTE was organised as a follow-up to the Council of Europe’s project Living in Dignity, completed in 2013.

I acted as consultant to the project and participated in three policy development meetings - Gloucester, UK (20-21 May 2016), Odemira, Portugal (27-28 June 2016) and Braine-l’Alleud, Belgium (2-5 November 2016) - as a representative from the Basic Income Earth Network, where I then served as co-chair.

I was contracted by the Council of Europeto provide ideas, research, and contributions to reports on behalf of a project on the rights of people experiencing poverty, which was commissioned by the Council with the aim of advancing human rights in Europe after the economic crisis. The project received funding from the European Commission.

Along with four other contracted experts, I was tasked with composing an official policy guide to fight poverty, rebuild progressive public finance, and reduce inequality in Europe. The resulting reports, Redefining and Combating Povertyand Living in Dignity in the Twenty-First Century - Poverty and inequality in societies of human rights, were published in early 2013.

As part of the project, I was invited to give a plenary speech at the Council of Europe’s headquarters in Strasbourg, France, on 22 February 2013, where the reports were launched. My presentation on “Public Finance, the Basic Income and Other Egalitarian Rights to Security” was part of panel on alternative strategies to fight poverty and inequality (video).

I was one of 13 selected members of the American Political Science Association(APSA) task force entitled Democracy, Economic Security and Social Justice in a Volatile World, led by APSA President-Elect Carole Pateman (University of California at Los Angeles).

The work of the task force encompassed two meetings at which members presented and discussed input papers, the collaborative writing of an 88-page public report (Democratic Imperatives: Innovations in Rights, Participation, and Economic Citizenship, February 2013), and a public presentation of the task force’s findings and conclusions.

The collaboration also provided the basis for a special issueof the peer-reviewed journal Polity(October 2012),featuring relevant work of ten members of the task force, including my paper “Democracy, Public Finance, and Property Rights in Economic Stability: How More Horizontal Capitalism Upscales Freedom for All.”

Invited as a representative of BIEN’s Executive Committee to participate in a meeting at the Presidential Office in São Paulo, Brazil, for the purpose of discussing pathways to the implementation of a full basic income in Brazil with President Luiz Inácio Lula da Silva.

Contracted to educate members of the Canadian Council of Welfare about new anti-poverty strategies, and participated in sessions held 19-20 April 2010 at the Council’s headquarters in Ottawa.

Contracted as expert to provide a technical report as input to the Inter-Ministerial Summit of the Americas (held in Santiago, Chile, in July 2008).

This project included the writing of the report “Building Citizenship through a set of Fundamental Institutions,” which I presented at a keynote speech at an international workshop and technical consultation convened by Organisation of American States and World Bank in Asunción, Paraguay, 3-6 June 2008.

I participated in collaborative research conducted by the Centre for Mexican Studies at the University of Oxford and commissioned and financed by the Mexican Ministry for Social Development. The research project resulted in the publication of the report “Tools to Reduce Horizontal Inequalities between Regions,” for which I prepared the study on Brazil.

The project, led by Laurence Whitehead of Nuffield College, received a prize awarded by the Mexican College of Economists (Colegio Nacional de Economistas).

Contracted to contribute to the International Labour Organisation’s Infocus Programme for Socio-Economic Security, a research project to examine the impact on socio-economic securityof the privatization and decentralization of social services.

I was contracted by the World Bank to provide expert input into a debate social policy options for South Korea after the 1997 economic crisis.

My contributions included a plenary speech at a conference held 18-20May in Seoul, which resulted in the publication of the 470-page document Labor Market Reforms in Korea: Policy Options for the Future(including my paper “The Challenge of Labour Reform in Korea: A Review of Contrasting Approaches to Market Enhancement”).

The Basic Income Earth Network(BIEN) is an international network of academics, public policy researchers, politicians and others interested in the idea of basic income, a periodic cash payment unconditionally delivered to all on an individual basis, without means test or work requirement. BIEN aims to educate the wider public about arguments, proposals, and problems concerning basic income as idea, institution, and public policy.

I have been a member of BIEN’s Executive Committee since 2004, and I was unanimously elected as Chair of the organization in May 2017, after having served as Co-Chair since 2014 (with Karl Widerquist, Associate Professor at Georgetown University Qatar).

In my capacity as Chair, I oversaw the registration of BIEN as a legal charity in Belgium and its move to Britain through its final approval in February 2018. I sought to retain BIEN’s standing as a forum for plural debate about justifications for and forms of basic income in relation to real contexts. I introduced secret ballot elections in 2018, and stood as candidate and was re-elected as Chair in August 2018. I introduced a limit of 3 terms in office for chairs and so retired in 2020, to Chair Emeritus.

The UK’s Citizen’s Basic Income Trust (CBIT, formerly the Citizen’s Income Trust), a registered charity that promotes debate on the desirability and feasibility of an unconditional basic income for British citizens. I was an elected Trustee of the organisation from 2008 to 2019, when I became a patron.

I was nominated and elected as a fellow of the RSA (Royal Society for the encouragement of Arts, Manufactures and Commerce, a UK-based think tank whose mission it is to enrich society through ideas and action, in part due to my contributions to the public debate about basic income , a key area of research for the RSA. 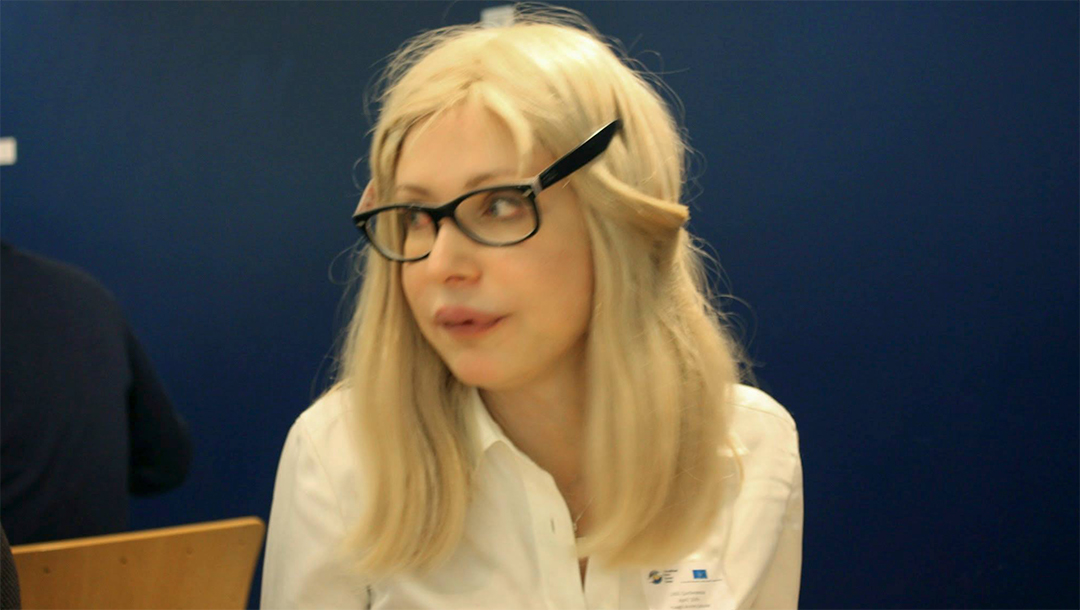